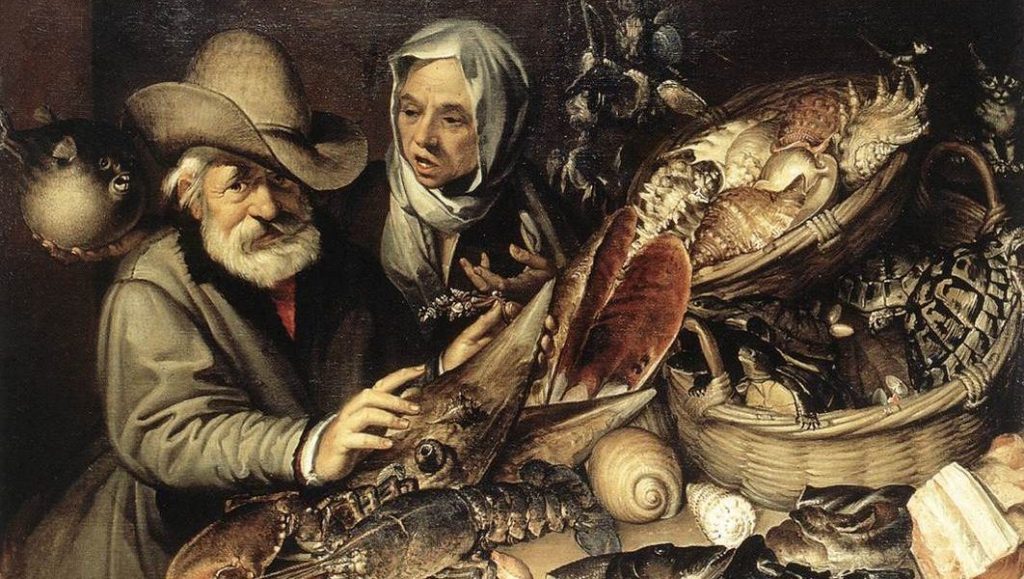 My husband is a seafood purveyor, or fishmonger, to use the archaic term. Selling fish is a tough business. Over the past twenty-five years, his wholesale operation in Boston’s seafood district has seen every potential disaster scenario there is. The recent publication of new research that confirms warming ocean temperatures as the likely cause of the reduction of regional cod stocks brings devastating news for our coastal marine habitats and more adversity for the New England fishing industry.

Myths abound when it comes to seafood. Consumers like to believe that their fish is fresh and local, and many times it is. However, the reality of the fishing industry, which operates like a case study in supply and demand economics, is much more global than most people realize. Just like the Web has created a network of worldwide communication channels, so have overnight freight carriers made moving seafood around the planet easier than ever. Shrimp from Mexico, salmon from Chile or Norway, tuna from Asia and lobsters from Maine all appear on your table or at a nearby market the next morning. It’s a colorful and multinational collection of ocean-derived products arriving at the loading dock each day.

Let me set the record straight. My husband is not nor has ever been a fisherman, does not own a fishing boat and does not choose to fish on his time off. Those are three of the most misunderstood elements of his job that we both find ourselves explaining repeatedly. He is usually the most sought-after guest at cocktail parties, more popular than the brain surgeons and rocket scientists. Everyone wants to talk about fish.

Usually the conversation starts like this, “You must eat lobster all the time.”

Undeterred, they will push further, “So, do you have to get up really early to start fishing?”

He’ll patiently explain, “I get up early to beat the traffic to Boston, but I don’t do the fishing. I sell the fish.”

Then they usually want to know, “Do you like sushi?”

To which he reluctantly responds, “Actually, I don’t eat raw fish. Ever.”

If they push for a reason, he will say, “Well, you probably don’t want me to explain that. It might ruin your dinner.”

Running a wholesale business of any kind is challenging work, but wholesale seafood is one of the most demanding. Heavy, physical labor involved in the processing, packing and delivery, not to mention the fragile, perishable nature of the product itself make for a multitude of potential pitfalls. It takes patience, high quality control standards, sheer brute strength and a willingness to get elbow deep in fish guts, to succeed.

My husband and I speak often about the uncertain future of the fish industry. So far he has managed to stay afloat, but we’ve had plenty of sleepless nights wondering if he’ll make it through another year. Intellectually, we straddle the large divide that has built up between seafood industry advocates and environmentalists. On the one hand, we recognize and support the idea that it is essential to preserve seafood populations and marine ecosystems for future generations. At the same time, we feel a deep sense of compassion for the financial losses of local fishermen who have been literally crushed by increasing governmental regulations.

Another immediate threat to seafood purveyors takes the form of larger corporations that have started to absorb many of my husband’s competitors, creating a kind of ‘big box store’ effect. In a business where prices are negotiated down to the penny, and profit margins are paper thin, small wholesalers are hard pressed to compete with these bigger operations who can afford to lower prices well below their break-even points. We assert our quiet dissent by choosing not to order seafood at restaurants that buy from the big food service companies.

I’ve never minded washing his smelly clothes, or answering people’s curious questions, but I’ll admit there have been times when the financial pressure has taken its toll on our relationship. We’ve tried our best to prioritize quality time as a family and to maintain our health and well being to counter the stress. Thankfully, our marriage and sanity have both remained intact despite the volatility of this business that threatens to jeopardize our hard won security. I respect my husband and have learned volumes from him about what it takes to be an entrepreneur by watching him succeed in the face of so many obstacles.

Being married to a fish man may not be glamorous, but that’s okay with me. I’ll take haddock over caviar any day. I’m proud to be a fishmonger’s wife.

Inspired by Virginia Woolf’s A Room of One’s Own, Anne started WomenSpaces, a blog about home, family and personal relationships. We continue that tradition here, profiling pieces written by women who have come together through Richardson Media Group.