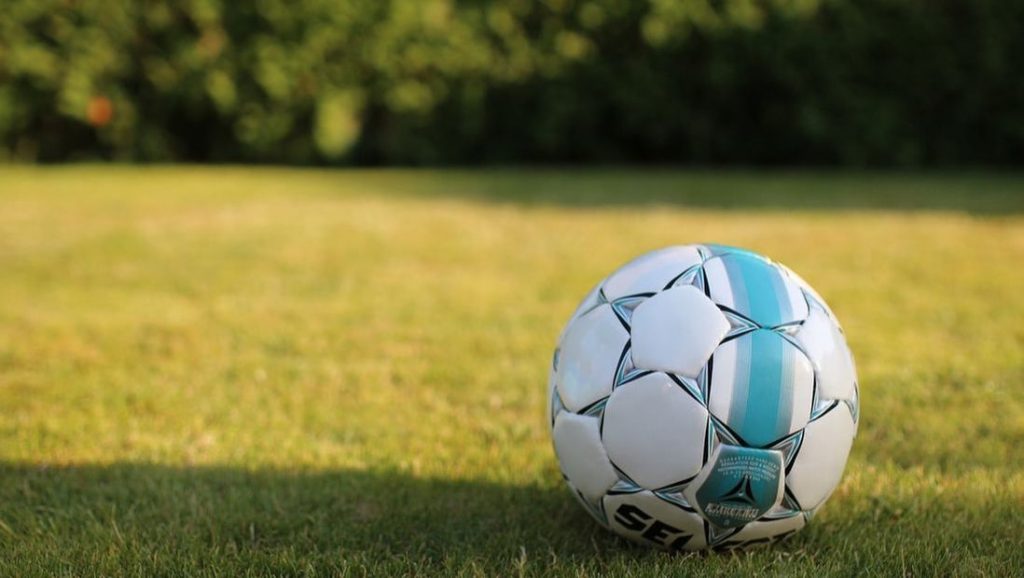 A collection of muddy cleats, old shin guards and slightly deflated soccer balls has filled our mudroom for the past decade or so. We’ve logged thousands of hours with drop-offs and pick-ups, fundraisers, equipment purchases, summer camps, physical therapy sessions, pep talks, spaghetti dinners, loads of laundry, not to mention a plethora of thrilling wins and disappointing losses. My daughter started playing soccer back in kindergarten, kicking daisies around the field with her friends, and has grown into a smart and talented offensive player. Last night marked the bittersweet but hard-fought conclusion to her soccer career.

My daughter has always had a keen sense of where she fits into the world around her. A senior in high school now, she’s acutely aware of the finality of certain things, along with the possibilities that lie ahead. She is poised on the brink of a new stage of her life post-high school, entering college and moving away from home, a transition that’s both awesome and humbling to contemplate. This soccer season, which ended on a dramatic note at the semi-finals of the state tourney, with a 2 -1 loss to the top seeded team in the southern division, was one of those milestone moments. Her team made it farther into the playoffs than any other high school soccer team in our town’s history, and we are over the moon proud of all of them for their accomplishments both on and off the field.

Of all the teams my daughter has played on, this one seemed extra special from the start. While many of the girls had played together before, in different combinations across a series of town, school and regional leagues, this particular group had a terrific chemistry. It wasn’t about their individual talents or the resources they were given by their coaches and parents. What made this team exceptional was how they figured out so early on in the season that they had a choice. Either they were going to do this together or not do it at all. As a team, they chose to work harder than ever, creating a beautiful web of their unique talents, bringing the energy, spirit and collective determination they needed to earn the playoff berth and stand on the cusp of the state championship platform.

My daughter and the other seniors took their status very seriously. While not a captain, she was one of seven elder players who modeled team play, enthusiasm and persistence throughout the season. Not that the underclassmen girls needed much encouragement! Watching one of their recent games, you would not have known anyone’s rank in school, because they performed seamlessly as a fully-coordinated unit, each one picking up what the other put down, covering for each other, giving and accepting support in a series of intuitive actions that led to those much-coveted post-season wins. From the sidelines, it was a beautiful sight to behold.

The team’s decision to focus on mutual respect and collaboration over individual glory has reinforced my own priorities as a female business owner. Every day, I think about what will help me to grow my company and improve my services. Just like the soccer players, I believe it all comes down to developing a well-orchestrated team, with a common goal. Since starting my business, I’ve been fortunate to connect with a variety of independent contractors and other small-to-medium size companies who offer services that dovetail with my own skill set. Some of these relationships have evolved into long-term partnerships, while others haven’t lasted but I’ve benefited from every interaction, even the less successful ones.

Here are six (6) things I’ve learned from watching my daughter’s soccer team that are relevant to my life in business:

1.  It’s impossible to do everything by yourself. Teams are just that, groups of people working together. Nothing spells B-U-R-N-O-U-T quicker than telling yourself that you don’t need help. Whether it’s mentorship, financial advice, marketing expertise or a million other roles, it’s important to be open to outside support.

2.  Listen to your inner voice. Just like an athlete must keep tabs on her physical and emotional condition in order to play most effectively, we, business owners need to keep our finger on the pulse of our business’ health at all times.

3.  Set your goal. A soccer game’s objective is to get the ball into the net. Everyone connected to the game understands that singular goal and works to achieve it. In business, it’s just as important to state your company’s objectives up front. Explicitly communicating your company’s purpose is an essential step towards accomplishing your goals.

4.  Practice, practice, practice. That old saying is true, and it applies to many endeavors, not just sports and business. An athlete wouldn’t think of competing without training hard, and a business owner needs to continually sharpen her skills and knowledge, staying ahead of the latest research and technology to earn her customers’ trust.

5.  Everybody loses, once in a while. It’s an awful feeling to lose, especially when you played your heart out but it’s going to happen to all of us, at some point or another along the way. It’s HOW we lose and what we learn from the loss that matters.

6.  Have fun! Yes, competition can be a grind. It’s exhausting, repetitive and sometimes even painful. Despite all that, the girls’ team found creative ways to enjoy the experience, sharing meals together, dressing up in costumes, making posters, and often sending funny or inspirational group messages to each other, all in the name of fun. The fun helped them weather the tougher parts of the season.

I have my share of grueling days, when I log into my laptop before dawn and leave the office feeling spent way after dark. But I’m trying to have some fun, too. Setting up coffee dates or drinks with colleagues, participating in a charity event, taking a walk with a fellow working mom who understands the challenges we all face in today’s multitasking world. Sometimes it’s as simple as a quick text exchange with a friend during a hectic day that can boost me up a bit. Whatever it takes, making it fun can sustain even the most ambitious business owner.

Note: This blog post is dedicated to the Amesbury High School Girls Varsity Soccer team who recently earned the 2016 MIAA Division 4 title.
Congratulations on your stellar season! Your determination to succeed and your collaborative spirit is an inspiration to us all. In many ways, you’ve brought our entire community together, as only young people can do. It’s been an honor to cheer you on!